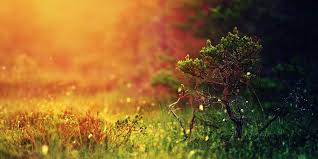 In the first phase, vteam #616 developed a feature to . The client required an additional functionality in his custom media player where a guest user would be allowed to listen to 5 songs only. After that, he/she would be allowed to listen to the previews (of songs) of 1 minute only. The music library of this portal was near to half a million (in size) songs and it was mandatory to provide this functionality to all the guest users.

vteam #616 had to devise a solution within Angular2, PHP and Amazon S3 bucket as the songs library was stored on Amazon S3 instance. Any one of the following approaches could be used to achieve this goal:

As the music library size was nearly half a million, a solution which is more practical in implementation and efficient in speed had to be selected.

The first approach is less efficient as it would incur more processing on the client side to manage everything. Also, it would make the original music library vulnerable to users.

Creating a proxy looks like a promising approach but in actual, it would consume a lot of bandwidth (both upload and download side). Also, trimming songs on the fly for every single user every time would increase the load on server.

So it was decided to trim the whole music library and keep a parallel instance of it. As the songs library was stored on Amazon S3, increasing storage capacity was much cheaper than processing power and bandwidth.

At first, vteams engineer created a parallel library. After that, a new instance of Amazon S3 was created on which the shortened versions of songs would host. To install ffmpeg on the server, run the following commands:

Once the installation is completed, the engineer had to manage the library autonomously. A script was written which would download the original song, clip it to 1 minute preview and upload the shortened versions on Amazon S3 bucket.

For this purpose, Amazon S3 SDK (for PHP) was used. After getting proper Access Keys, the SDK would allow the files to manage themselves programmatically on the server.

Lastly, a PHP script was used to iterate the library. It picked one song at a time, converted it into 1 minute version and then uploaded it to the shortened Amazon S3 instance.

In this way, the shortened versions of the whole music library songs were managed.

Although this approach was a bit time taking, but it only required one time processing. Once all the songs of this portal’s music library were converted into their preview versions, nothing else was required to process them. As a result, a more efficient way to manage it on the client side was achieved.