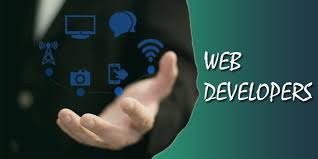 vteam #480 was hired to work on a project of an existing web based application for email marketing. The client had more than 40,000 contacts on which he wanted to send the marketing material via the designed campaigns. He was already using Salesforce CRM software for the management of leads, campaigns, contacts, etc.

In the project development phase, the client required vteams engineers Zeeshan Ahmad and Danish Khan to import all the data from Salesforce to X2CRM/Engine based on Yii2 framework. Later on, he planned to shift his application to Mautic CRM based on Symfony2.

Few bugs were found in X2CRM’s core code. vteams engineers fixed those bugs and also modified the way of X2CRM for handling contacts as per the client’s requirement.

A Slingshot module was developed which contained a Target List (Dynamic Contacts List based on a defined criteria) using A/B Testing (also known as Split Testing). After that, SMS based campaign module was developed so that the client could reach his users more efficiently.

A Chrome Extension was developed for Gmail that synchronized X2CRM contacts with Logged-in Gmail users. With the help of this chrome extension, the client was able to:

After that, the following miscellaneous tasks were completed:

Shifting the Application to Mautic CRM

As a result, the client was then able to send multiple emails of a single lead to all his contacts.